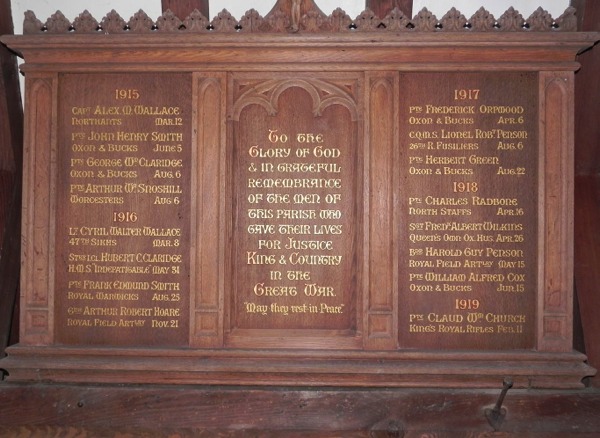 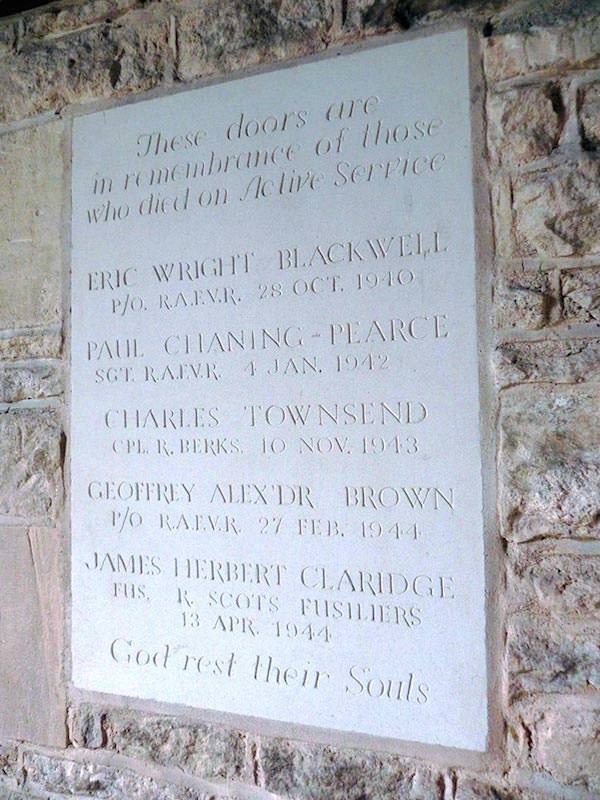 This research project is dedicated to all the men who are commemorated on the two war memorials in the porch of St. James The Great, South Leigh.

But who were they? As time goes on their names mean less and less, their surnames disappear from the village as their descendants pass on or move away - and memories fade. What connection did they have with South Leigh? Did they or their parents live or work here? The memorials only tell us their Rank, Regiment or Corps and their date of death. We are not told what their previous trade or profession was, where they lived, where they fought and died or where they were buried. They were much more than just names on a board or stone.

There are three main sources for this preliminary research:

More than half of the service records were destroyed in September 1940, when a German bombing raid struck the War Office repository in Arnside Street, London. An estimated 2.8 million service records out of over 7 million survived the bombing or were reconstructed from the records of the Ministry of Pensions. This means that there is roughly a 40% chance of finding the service record of a soldier who was discharged or died between 1914 and 1920. Unfortunately I have only managed to find the service records of one man - Charles Radbone - which you can see reproduced here on this website.

This is only the beginning - I hope that some of you who read these pages may be able to add to our common knowledge.

If you have any information, anecdotes, photographs etc. please do get in touch. These pages are also available in .pdf format on request.